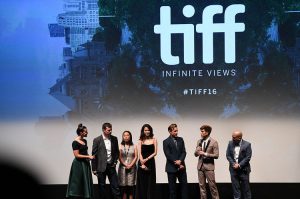 Canada has some of the most amazing festivals you can find anywhere in the world. Later this year, there is a lot packed into the festival calendar that you may want to check out.

This post will look at some of the top events slated for the second half of the year.

Slated for September, this event will see Toronto play host to movie lovers, actors, directors, and scriptwriters from all over the world. The Toronto International Film Festival promises to be this year’s biggest film festival in North America.

If you love film or would like to be a part of this thrilling event, be sure to mark your calendar in advance.

In August, Montreal will host the largest music festival in Canada. Last year, Osheaga attracted an estimated 120,000 people. This year, organizers predict that this number will probably double.

If you love music and the visual arts, you don’t want to miss this festival. It will feature some of the best Canadian talent as well as several international acts. Last year, Eminem and Cold Play both graced the event.

If you love Caribbean festivals, then you need to be in Toronto this August. This event is the biggest and most inclusive festival on the continent.

Introduced to Canada by Caribbean immigrants, it takes the form of similar festivals in the Caribbean Islands. The Peeks Toronto Caribbean Festival plays host to up to two million visitors each year.

We wrap up our list with the Pacific National Exhibition. This festival is a two-week affair that features the best of amusement parks in Vancouver.

If you love shopping and would like to do so at discounted prices, then be sure to visit Vancouver in mid-August.