When it comes to killing time, different people have different ideas on how this should be done. But since the advent of the internet, one of the most popular means of killing time is by playing videogames.

The following are some of the best videogames to pass the time, especially if you’re stuck indoors. 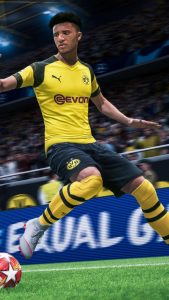 Soccer is arguably the most popular sport in the world. Whether you know how to play or are just a fan of the game, you should definitely give FIFA 20 a try.

This excellent soccer simulation game allows you to play as your favourite team, buy new players, and compete for the league title. You can choose to play FIFA 20 offline or compete online against other players.

In this part of the world, basketball, especially the NBA, is the king of all sports. There is nothing like the thrill of watching world-class teams going head to head on the basketball court.

You can push this thrill into full throttle by playing the NBA’s official videogame. As with FIFA 20, NBA 2K20 allows you to build your team from scratch.

You then take your team to the conferences before proceeding on to the finals, where you will play against formidable rivals. NBA 2K20 can also be played online against other players.

War movies are fun to watch, but have you tried playing a videogame of the same genre? This is where Call of Duty, the ultimate combat game, comes in.

In this game, you assume the role of an army commando sent on missions to fight other militias or save hostages. The best thing about this celebrated videogame is that you can form elite squads with other players online and fight against other elite combat teams.